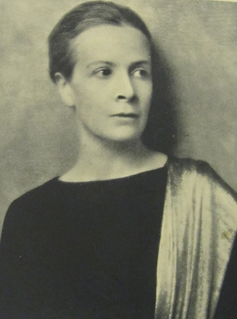 While working in Berlin, Marguerite Harrison encountered another woman journalist who would have a profound impact on Harrison’s work and reputation.

The woman was Stan Harding. She was every bit as adventurous and ambitious as Marguerite, and she would prove to be a formidable enemy.

Harding had been born to a well-to-do family in Canada, but left home as a teenager and traveled through Europe and Asia. While visiting her brother, who was a diplomat in China, she reportedly spied for the British government. She later walked throughout Italy, carrying a pistol by her side, and engaged in an affair with the husband of the poet Mina Loy.

Harrison described Harding “as the most gallant and romantic woman I’ve ever met.”

The two women gave different accounts of how they met. Harrison said she called on Harding after a British journalist suggested they had much in common. Harrison said she wanted to meet Harding because she was lonely and missed female companionship.

Harding, however, accused Harrison of merely using her to further her espionage goals. Harding was a Socialist and had connections with radicals in Germany. She said Harrison spied on her and her friends.

Regardless of Harrison’s motives, the two women became inseparable companions. Harrison invited Harding to stay with her in the Adlon Hotel, portraying the invitation as an act of generosity. Harding said it was just one more way Harrison sought to keep watch on her.

Tensions arose when Harding discovered that Harrison was a spy. Harrison said Harding discovered her espionage work when she carelessly discarded notes into a wastebasket while hurrying to Trier to report on what she had observed during a mission to Poland. When Harrison returned, she found Harding sitting at her desk with the notes.

Harrison said Harding insisted on being paid for tidbits she passed on to Harrison about what she learned among the Socialists. Harrison agreed and began to pay Harding for her help.

In a year, however, their relationship would take another twist, and the two women would become bitterest of enemies.