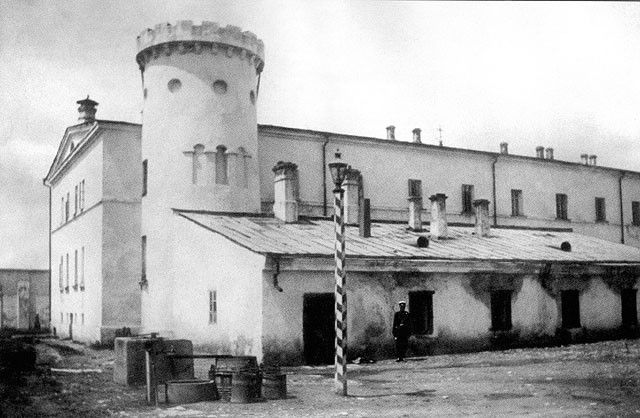 Marguerite Harrison arrived in Moscow on Sunday, December 3, 1922. She was amazed at how much the city had changed since she had last seen it sixteen months earlier.

Foreign aid and Lenin’s New Economic Policy, which relaxed some of the more draconian measures of state communism, had made life better. Tramlines were operating, and the streets and sidewalks were cleared of snow. Marguerite’s guard suggested they go to a nearby restaurant for a cup of tea while they waited for a car. Inside, the tables were covered in white cloths, and the buffet offered a variety of sandwiches, fruit, and pastries. Waiters in black coats and white aprons took orders from well-dressed patrons.

But while the city outside had changed dramatically, Lubyanka was much the same. She thought she even recognized some of the guards. After completing the intake paperwork, she was moved to a detention room. There she waited for four days, but no one questioned her or told her of the charges she faced.

In the evening of the fourth day, guards ordered her to pack her bags, and she was transferred to Boutierky Prison, where she once had delivered care packages to American and British inmates. Unlike Lubyanka, Boutierky seemed like a prison, with high cement walls and stone floors. A week passed, and then a guard ordered her to pack her belongings. She hoped the American Relief Administration had won her release, but  Instead, she was returned to Lubyanka, where she waited another day in the detention room.

By now, she was feeling ill. The stress of not knowing the precise charges and evidence against her and the uncertainty of her fate began to take their toll. She asked to see the assistant commandant to find out what would happen to her. He told her she would be sent to the inner prison. Guards escorted her through the familiar corridors of Lubyanka and carefully searched her bags before taking her to an attic room just around the corner from the cell she had occupied in 1921.