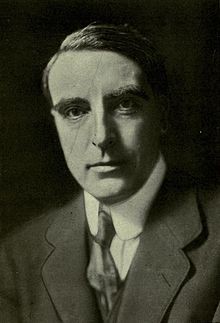 Marguerite faced three charges—the old espionage charge, entering the country illegally, and a new spying charge. She was completely cut off from the outside world. Unlike the first imprisonment, when she received aid packages, this time she heard no news, received no letters.

Her relatives struggled to persuade U.S. officials to fight for her freedom again. “The government must be very tired of Mrs. Harrison, but there she is,” her father-in-law, Joseph Ames, wrote to Christian Herter, assistant to Secretary of Commerce Herbert Hoover. “The family will be most grateful to you for anything you can do. You and the A.R.A. are in fact our only hope.”  Her old friend Albert Ritchie, took a more diplomatic approach, thanking the American Relief Administration for its “kindness and interest in her case.”

In truth, A.R.A. officials gave the family only tepid assurances, while privately debating among themselves whether they should help at all.

“Having rescued her once from the Soviet authorities, I do not see that we are under any obligation to again get her out of the jail since she has deliberately put her head into the lion’s jaws,” Herter wrote to an A.R.A. official. He said he did not believe Marguerite was in any danger and he was not willing to make a formal request for her release, although he begrudgingly agreed A.R.A. officials in Moscow might make inquiries “in order to show that we are interested in her fate.”

Edgar Rickard, the American director of the American Relief Administration agreed. “Mrs. Harrison has evidently shown some indiscretion,” he replied. “I think it would be a mistake for the A.R.A.  to voluntarily inject itself into this Harrison business unless we are specifically requested to do so.” Rickard cynically added a handwritten notation: “Perhaps Senator France might get her out?? He claimed he did it before.”