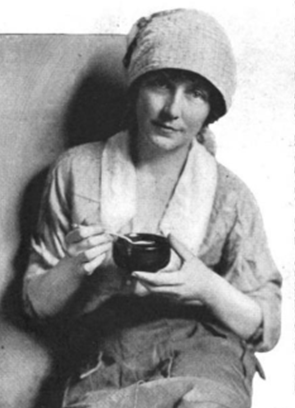 Marguerite Harrison, a confessed American spy and the former sister-in-law of the Maryland governor, was a prize catch for the Russian Cheka. Two days after he arrest, the man who had recruited her to become a double agent, Solomon Mogilevsky, summoned her to his office.

He looked grim. He reminded her that she was charged with espionage during wartime, a capital offense. He had spared her life because she had agreed to provide information on foreigners. “You gave us a few bits of news, some of them interesting, others absolutely false and misleading, but you never worked seriously,” he said.

He knew that she had slipped reports on Bolshevik spies to U.S. officials.

“Do you know that you deserve the death penalty?” he asked.

Although she had proven unreliable as a double agent, Mogilevsky still tried to force her to cooperate.

The Chekist interrogated her on the people she had met in Moscow and the activities of foreigners she knew, but she answered most of his questions with “I don’t remember” or “I don’t know.” Finally, Mogilevsky grew exasperated and ordered her to return to her cell to reconsider her answers. She was in the room only a few minutes when a guard ordered her to pack her bags. She started to put on her coat, but he told her ominously: “You won’t need that.”

Marguerite then understood her fate was one she feared even more than death: solitary confinement.

She was placed in a cell nine feet square with a single whitewashed window, a board bed, a small wooden table, and a waste can that served as a toilet. The peeling wallpaper was covered in notes and calendars in various languages, including one in English, and she wondered if the author might be one of the other Americans in the prison. Some messages were desperate, some defiant. A mathematician had worked out geometry problems. An artist had sketched soldiers. The inscriptions had a profound impact on her. She had been raised to command attention. “As I read these records of the prisoners who had been there before me, I began to realize how unimportant I was,” she later wrote.